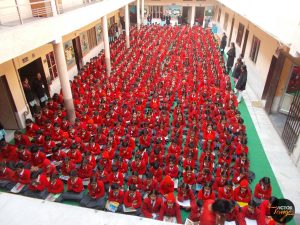 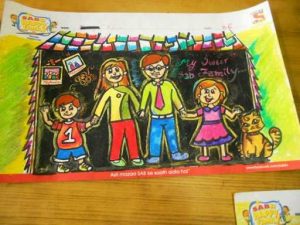 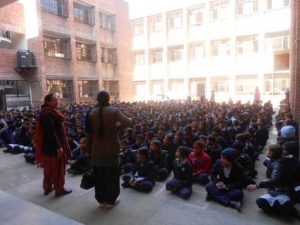 Sab TV had launched a school connect initiative called ‘Sab Ki Happy Family’ in  the states of Uttar Pradesh and Punjab. As part of the initiative, a drawing competition has been organised on the theme ‘Asli Mazaa Sab Ke Saath Kaise Aata Hai?’ that emphasises the importance of love for the family and togetherness to encourage more kids engagement. The objective of the campaign in the form of school activation program was to make children realise the significance of mutual respect and care for their loved ones, to bring together all family members to portray their idea of fun. In the competition, children were given drawing sheets and also goodies from the channel.  Best ones were uploaded on Sab TV’s Facebook page.